Main sections on the Johnson webpage:

SUMMARY OF FAMILY IN IRVING TOWNSHIP

My maternal grandmother Inga Johnson was born on the Johnson farm (#5 below) in Irving Township, Kandiyohi County. This northeastern area of the county was settled primarily by Norwegian immigrants, many from the Nordland area of northern Norway. These immigrants included Inga's father Anders Jensen (later Andrew Johnson) and his father Jens Sakariason/Zakariason. In 1922 Inga married Walter Jordin who also lived in the New London and Irving Township area, but with Swedish roots in Meeker County, MN where the Jordin family settled. There is more information about the Jordin ancestors, including Walter and Inga's family, on a separate page. 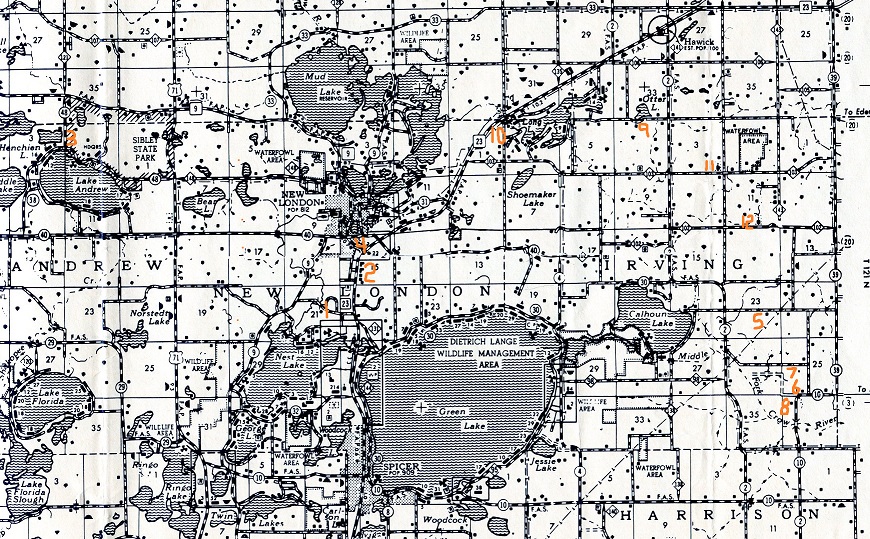 Jens Jorgen Zakariason (also Zakariassen/Sakariason/Sakarisen/Sachariason), Wilhelmine Amundsdatter and their family lived near Mo i Rana (Rana Fjord) in the Helgeland District/Nordland County of Norway, just south of the Arctic Circle. (see maps) Their son Anders Christian Jenssen was born August 3, 1861, and baptized April 17, 1862. Parents Jens and Wilhelmine never married; Wilhelmine died a few months after Anders� birth. Anders used a variety of names which reflected his Norwegian roots and the changes while in the US: Anders Christian Jenssen, Anders Kristian Zachariason, Anders Jenson/Jensen, Anders K. Johnson, and finally Andrew K. Johnson. Anders left Norway for the US in 1881, possibly 1882. Sakariason farm house at Mo i Rana, Norway, c 1875
This building was torn down. Church (Nordland) at Mo i Rana, Norway
Church was built in 1724.

According the Minnesota 1895 census and Federal Census (1900 and 1910), Jens Zakariason emigrated in 1890 (Wilhelmine Amundsdatter died in Norway, 1862, a year after Anders' birth) and settled in the Irving Township area of Kandiyohi County. He joined his son Andrew in central Minnesota who had arrived in the US in 1881 (possibly 1882). This area in the northeastern part of Kandiyohi county was the new home to several families from the Nordland District of Norway, including Mo i Rana (the Sakariason ancestral home). These families formed the Nordland Lutheran Church (Irving Township) in 1868. 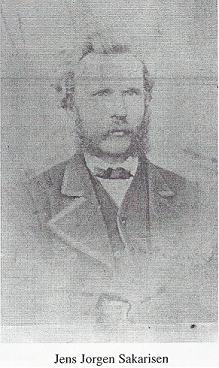 Ragnhild (Ragnild) and her parents, Iver Olsen and Guro Johnsdatter, were from Oppdal Valley, Norway, and lived on the Mjoen farm. (see maps). Iver and Guro married on the same day as Ragnhild's baptism, November 1, 1858. Ragnhild was also known by her mother's farm name, Mjoen. (Her father Iver's farm name was Birke.) In Norwegian records she is listed as Ragnhild Iversdatter. Ragnhild immigrated alone to the United States in 1883 (1910 Census incorrectly states 1886). Her parents did not leave Norway. According to emigrant lists maintained by the Trondheim Norway Police Department, Raghnild, at the age of 24, left Oppdal for Atwater, Minnesota, under a contract dated May 15, 1883. Ragnhild left Christiania (Oslo) on the ship SS Geiser on May 17, 1883 and arrived in New York on June 2, 1883. Her ticket was paid for which probably means that she was hired to be a housekeeper for a family who paid for her ticket and had a contract for her household work. In the United States she used the maiden name Olsen (her father's surname). In 1888 she married Andrew K. Johnson (Anders Jenson/Jensen) from Irving Township, about 5 miles north of Atwater. 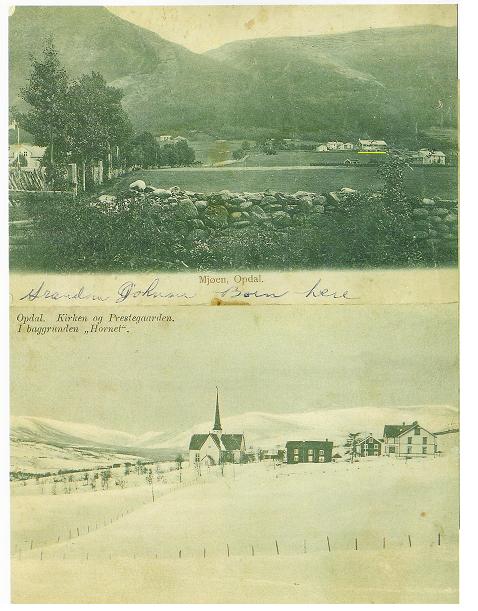 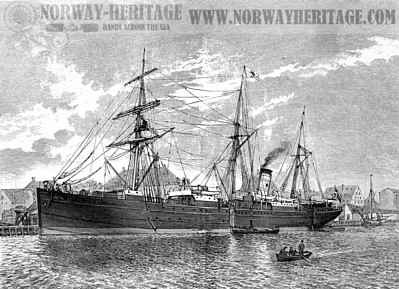 Ragnhild Olsen traveled across the ocean on the SS Geiser, May-June 1883.

Andrew Johnson (1861-1898) and Ragnhild Olsen (1858-1928) were both from Norway. Using the last name Jensen, Anders and Ragnhild married in 1888 in Atwater and had 5 children. The oldest three children had their births recorded as "Jensen" in the family bible, though they later used the name Johnson. The last two were recorded as Johnson at the time of their birth. It appears that the family changed their name from Jensen to Johnson in 1895. 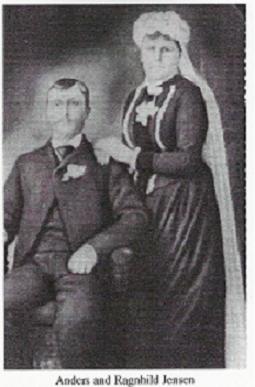 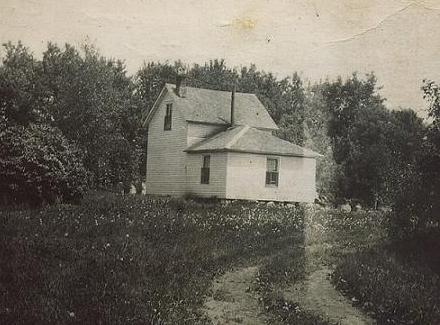 Andrew and Ragnhild Johnson owned a farm in Section 23 of Irving Township (#6 in map above), about a mile south of Nordland Church. In 1898 Andrew died from an accident, leaving Ragnhild with five young children. William, the oldest was 8 years old; the youngest, Richard, was an infant. According to Zion Irving Lutheran Church, 1905-2005: A History of the Congregation, Anders/Andrew was helping

"Gilbert Pederson butcher a hog. Anders had borrowed an old muzzle-loading rifle to shoot the pig, but made the mistake of using smokeless gunpowder and an oversized lead ball. The weapon exploded, and sent a shard of metal into Anders' head. He died a few days later."

The Atwater Republican newspaper wrote of Andrew's gruesome accident and death in the October 20, October 27 and November 3, 1898 issues:

A sad accident occurred in the town of Irving last Tuesday afternoon. About two o'clock Andrew Johnson, who was assisting Gilbert Peterson in butchering, loaded a rifle to shoot one of the hogs with smokeless powder. When he fired the rifle burst, blowing the gun to pieces. A piece of steel from the gun entered the eye of the unfortunate man and penetrating the orbit of the eye entered the brain. The eye was completely torn out and a portion of the brain came out of the opening. Drs. Archibald of Atwater and Newman of New London were summoned and have done as much as possibly could be done for the wounded man, but they pronounce his recovery as extremely doubtful.

A. K. Johnson of Irving who was injured last week by the bursting of a gun has been removed to Paynesville where an attempt will be made to locate the piece of steel with the Xray. His condition is very serious.

Andrew K. Johnson of Irving, who was seriously wounded by the bursting of a gun, of which mention was made in last week's issue, died at Pilon's hospital last Friday. The body was taken to his late home and buried in the Irving cemetery. The Tribune extends its heartfelt sympathies to the bereaved family and friends. (originally in Paynesville Tribune)

Andrew Johnson, who died on Friday October 28, 1898, is buried at Nordland Lutheran Church. Andrew's father, Jens Sakariason, lived on the farm and helped Ragnhild operate the farm and raise the young children.

From the February 3, 1928 issue of the Atwater Republican Press:

Mrs. Ragnhild Johnson, one of the pioneer residents of Irving township, passed away Tuesday morning at the old family home where who resided with the family of her son, Walter Jordin [sic, son-in-law]. Death followed a long illness. She was nearly 70 years of age and had been a resident of this country about 44 years. Her birthplace was Norway. The funeral will be help on Friday (today) at 12 o’clock from the family residence, followed by services at Zion church. 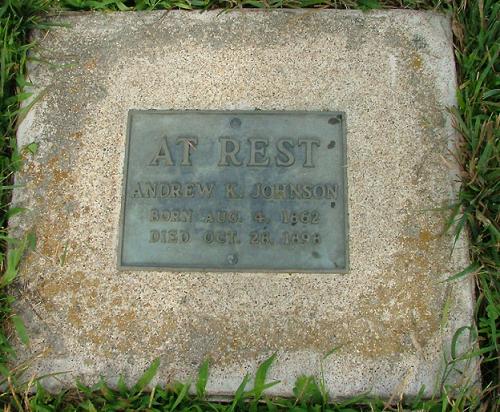 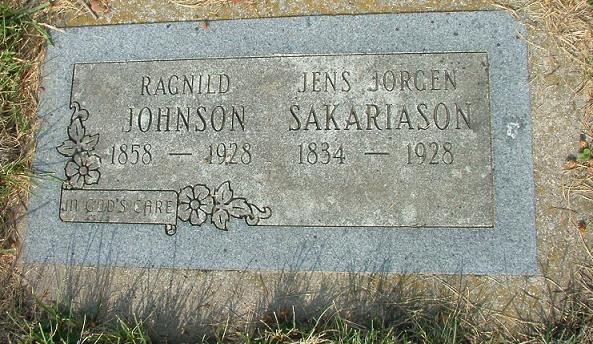 
Children of Andrew and Ragnhild Johnson: 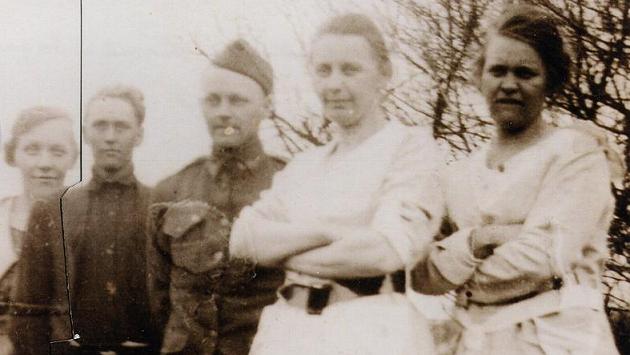 Information about Inga Johnson is on the Jordin family webpage. 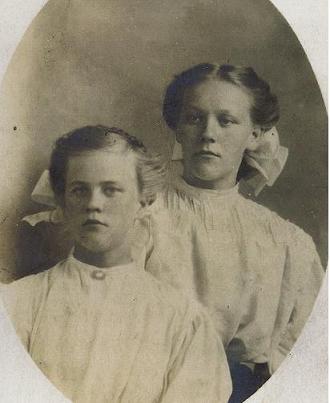 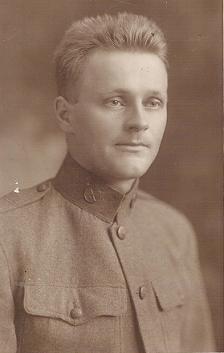 Bill married Ann Van Hueveln and they had three children: Ruth, William and Donald. Bill served in the 310th Infantry, 78th Division, 3rd Battalion of the U.S. Army during World War I. He fought in the Battle of the Argonne Forest, in the fall of 1918. Bill is buried in Paynesville, MN. 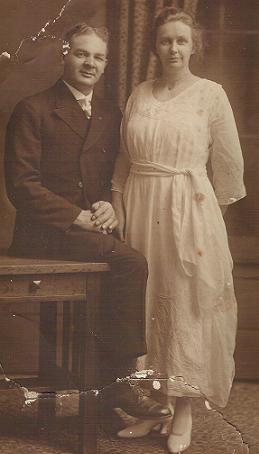 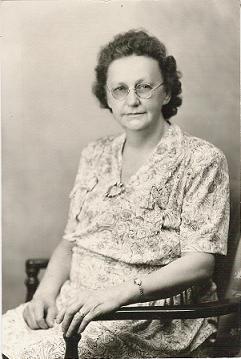 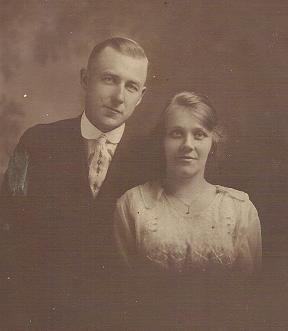 The youngest child of Andrew and Ragnhild was Richard Johnson. He married Eleanor Johnson in 1929. They had one daughter, Roslyn. Richard died at the age of 42. 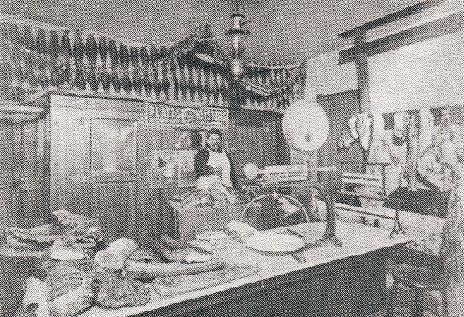 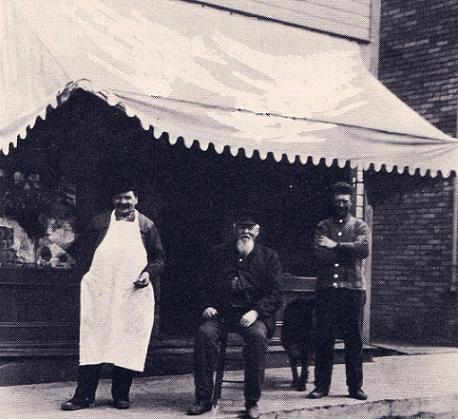 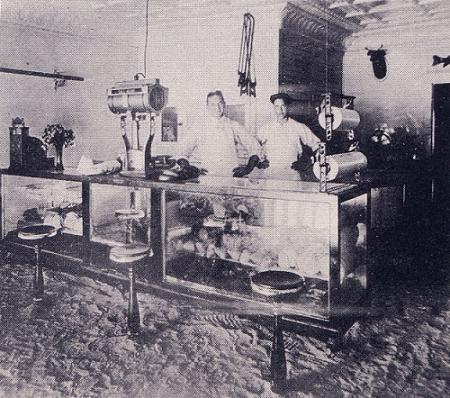 Interior of market c1917, with Bill Rose on the left. Note the sawdust on the floor. 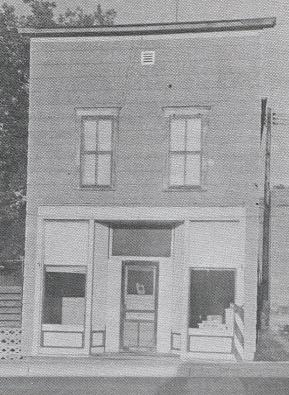 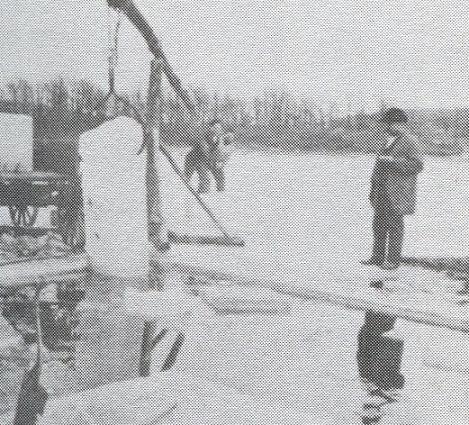 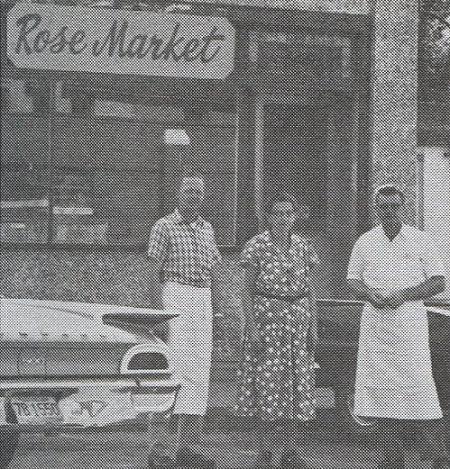 Robert, Hannah and Franklin Rose in front of store, c1965