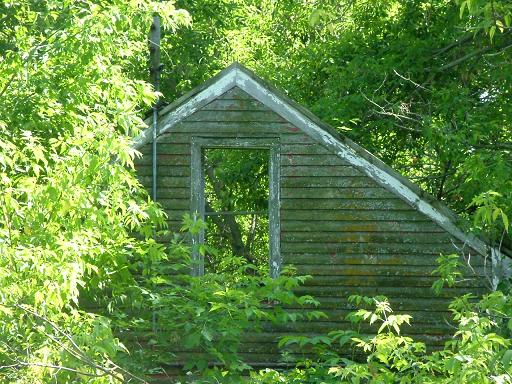 To have a sense of the pulse of farm life over the years (and life in general), here are several stories written by family members. The longer essays are listed and have separate webpages; the shorter stories are included below.


When I am working around the kitchen and spill something on myself I think, "Why don't I wear an apron like my mother did?" Even when I'm getting ready to go out, I put on my good clothes last if I need to do something in the kitchen before I leave. My mother would have just taken off her apron. Much easier.

An apron however had several functions. First of all, it was a portable ready-made towel. Sweat, tears, it could also be a dust cloth. Used for carrying eggs, and flower bulbs, potatoes from the cellar. Fancy aprons--useless. They are for decoration. She wore them also however when the church circle came around. There were company aprons and everyday aprons. Always had pockets--hankerchiefs--and if chilly, she wrapped the apron around elbows.

Apron was a symbol--taking it off was a symbol of work being done. Maybe then we could go swimming; mostly she sat on the step watching her kids play ball in the back yard.

VIVIAN AND CORA written by Marlys Schilz in February, 1995.


I have been thinking of the dream I had on the night Vivian died (6:05pm on Jan. 6, 1995) I had been thinking (in the evening after the call) about the summer evenings when I was 10-12 years old. Douglas and I would "play catch" or "bat flies". Sometimes Mom and Vivian would tour the flower gardens, seeking respite from the heat, just before dark. They would start at the flower garden by the driveway and walk to the flowers by the house. "You have to transplant these in the fall." Mom would say. "The daisies need a lot of sun." Sometimes they would get the wagon and dig up some flowers for transplanting to Vivian's new flower garden. Sometimes when it was too dark to play ball, I would walk along. I felt so safe and secure during those walks. The world was so good. Mom and Vivian both loved flowers and seemed to enjoy their walking tour of the yard.

On the night Vivian died, I had a vivid dream. Mom and Vivian were walking in a huge field of flowers; they were smiling and laughing - so happy! Mom was carrying a baby, also smiling and he was holding his head up. (Although I never saw my brother Dale who died, I was always told that he was not able to hold his head up.) I know Mom and Vivian are in a better place than earth. I know they are in joy and peace.


I heard on the radio that the State Fair starts today. A highlight of the year as a child was going to the State Fair. One time we wnet with our neighbors (Carlsons). I was so excited the night before I wasn't able to sleep. How odd I thought that we would meet them at the end of the driveway. Before daylight we all got into their red Dodge and headed for St. Paul. We always went straight down Hennepin Ave. to get to St. Paul, probably so we wouldn't get lost. We always stopped for breakfast on the way. I recall how embarrassed I was when the waitress asked by dad if he wanted his eggs sunny side up or over easy. He said fried.

My mother never cared much for restaurants. She and our friends had brought picnic baskets to the fair. It was a long walk to the car to eat and then return to the fair. In later years, if I went to the fair with friends, she would always say, "Eat at church stands; the rest serve horsemeat." To this day I never eat at the places traveling with the fair, but rather St. John's, St. Mark's, Ascension, Epiphany. "You can tell a church name, can't you?" she'd say. it didn't matter which church. We'd walk and walk, spending too much time on machinery hill and not enough at the midway. The midway had a forbidding atmosphere. The oddities of humanity tucked in behind canvas walls and hollering bullhorns.


One of my earliest memories is riding my red tricycle around the kitchen table. Our house was a large Victorian farm house although at the time, I didn't know it had a particular style or name. As like most farm houses, it had a large kitchen.

It wasn't long before I progressed to a bicycle. At first, like all kids, I got on the bike from the bottom step. Soon I rode one mile to my friend Nancy's house. Later I rode two miles to school, one mile on gravel and one mile on asphalt.

It wasn't long before my brother, Sherman, taught me to drive the Ford tractor. I was six years old. I could handle the clutch, gears, brakes, and accelerator, at least in low gear. It wasn't a large tractor, but it was still a tractor. I must have passed the test because from then on I could drive in the fields, while my brothers loaded the hayrack with hay bales or grain bundles.

It wasn't long before I drove our old pickup and cars but only on the quiet gravel roads. When I was 12 or 13 my mother would say, "Oh well, why don't you drive." Of course I didn't need to be asked twice. In our yard I would practice backing up and going forward, the wheels spinning on the gravel. My mom told me I was driving like the Haglund boys. The Haglund family lived a half mile from ours. They had four boys who all liked cars. Summer nights, in my upstairs bedroom, I could hear one of their old cars careening up and down the ditches, across driveways, flying over field roads like a dune buggy on a motor cross track.

It wasn't long before my skills improved and my driving expanded. On one excursion, my mother, Aunt Edna, and I took the old pickup to pick some chokecherries. I was driving, of course. On the way home, we came upon a large low area with standing water. the only ground visible was two narrow tracks with deep ruts on each side. My aunt thought we should drive around and take the field road but I said, "Oh, I can make it." I backed up, took a running jump, and drove on the narrow tracks with my aunt squealing and my mother laughing all the way home.


As a child I would trap pocket gophers with my brother Douglas. The traps and later, hopefully dead gophers, bounced along in the wire bicycle baskets that moments earlier held our lunch buckets. We also carried a metal rod and wood boards about the size of shingles.

Mounds of dirt left by pocket gophers were easily spotted in fields and ditches. We looked for the blackest, freshest piles of dirt we could find. The rod was used to poke around in the dirt to find the hole or "door" that led to the underground network of tunnels. This was the reason we were trapping the gophers in the first place. The township board would pay 25 cents for each dead rodent for payment of the right hind claw neatly chopped off and stored in a jar.

Using our hands as paws, we dug out the remaining dirt from the hole. We carefully placed the trap on the floor of the hole, sprinkling a little dirt on top for camouflage. We placed the board over the hole and meticulously covered the board with dirt. If a small glint of light got in the gopher would plug the hole and trap.

The line of traps had to be checked daily. There were 5 trap scenarios. My older brother, Sherman, trapped muskrats for the value of the fur pelts. In the late fall, muskrats built houses out of marsh weeds in sloughs. The houses were built on ice with the supposition that the larger the house, the colder and longer the winter would be. My job in this venture was to tag along and assist with skinning the muskrats which were larger than gophers. We would sit on pails turned upside down in the chicken house. I would hold the tail as Sherman carefully detached the fur and skin from the fascia and flesh. The fur pelt was tacked on to a board to dry. The carcasses were thrown to the chickens to eat.

So began and ended by career as a furrier and trapper.