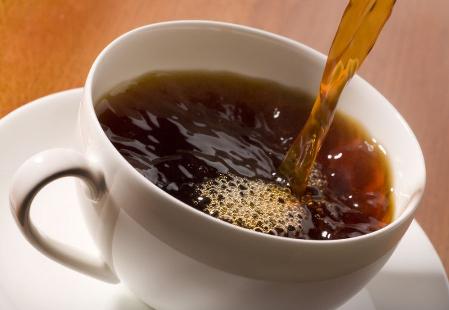 In our family, coffee is so much more than just a drink. Its meaning goes considerably beyond the standard definition: "An aromatic, mildly stimulating beverage prepared from coffee beans." (American Heritage Dictionary). Coffee plays a major role in life's events and it is a distinct honor to receive an invitation for coffee.

An invitation for coffee really means:

It by no means excludes those who do not drink coffee or children "too young to drink coffee yet." Weather is discussed, Rook is played and birthdays are celebrated after extending an invitation for coffee.

The exact age at which one is old enough to drink coffee is undefined. However, drinking coffee is a rite of passage, up there with confirmation and sitting at the adult table instead of the kids' table. Even in adulthood (age 48 for example) one can still be posed the question, "Do you drink coffee yet?" Drinking coffee is a very personal decision. For me, coffee became standard fare starting in the St. Olaf College cafeteria.

Coffee is predictable. We choose "regular or decaf" with "cream or sugar." Within these choices, there are variations. Cream really means cream only on special occasions; otherwise milk or half-and-half is used. Sugar can mean sugar cubes obtained with silver tongs or granulated sugar poured from the sugar dispenser at a restaurant.

It is easy to make a pot of coffee. I put six heaping teaspoons of grounds into a paper basket, pour water into the coffee maker, and turn on the button. Soon a pot of coffee appears. Mom had a large electric coffee percolator to serve crowds. In past years the standard was Scandinavian "egg coffee," so named because an egg was mixed with coffee grounds in its preparation. Coffee grounds and water are cooked all together on the stove in a large enamel coffee pot without a percolator. A cup of cold water is added at the end, which causes the egg-coated grounds to sink to the bottom of the pot, so that they are not served when pouring coffee.

Coffee has recently become trendy. It is such a culture jolt to see how Starbucks has made coffee so popular and that coffee choices have expanded to include espresso and cappuccino. Coffee now comes in "flavors" like French vanilla, praline roast or house blend.

What do a hay baler and a silver tea service have in common? They are both perfectly acceptable places for serving coffee. Silo fillers received their afternoon coffee, donuts and cookies by the baler with a dishtowel serving as a table cloth over the flat surface where the bales are formed. At weddings and anniversaries coffee is served with elegance from a silver tea service, accompanied by sandwiches, cake and mints.

Coffee can be poured from a rusty, stained thermos in the field or balanced on laps at confirmations or graduations. It is served at picnics on hot summer days or at a cold, windy wayside rest area. We could drink coffee from the too-thin paper cups at the Kaffe Fest with cookies from the Willmar Cookie Company, from the good china with fattigman and krumkake, or at Hillcrest with rhubarb pie.

Coffee plays a primary role in life's events. If Grandma had ladies over for coffee, a thorough cleaning of the house and flower beds occurred first. If Mom had circle at our house, coffee and the accompanying fruit salad, sandwiches and cake were automatic. Coffee is consumed at funerals and in hospital waiting rooms. A coffee cup and saucer from Hillcrest Café were displayed at the funeral home after Dad died, illustrating the significance coffee and Hillcrest played in Dad's life.

So, coffee represents something much more than simply coffee. In our family coffee has a vital role and has been popular for a long time.

Next Story: The Last Day of School