Born in 1828 in Stockholm, (see maps) Julius was the oldest child of Carl Abraham and Carolina, and is primarily known as a military historian and Swedish politician. He was educated at the school of St. Klarakyrka where his father was organist and the New Elementary School, where CA was a music teacher. His was interested in music and painting, however he wanted to join the military. In 1847 Julius began his military career in various regiments (Svea, Gothenburg, Värmland) moving up from sergeant to sub-lieutenant, to captain, serving until 1874, when King Oscar II became king. Because his radical views led to conflicts with his military superiors, Julius never advanced higher than the rank of captain. 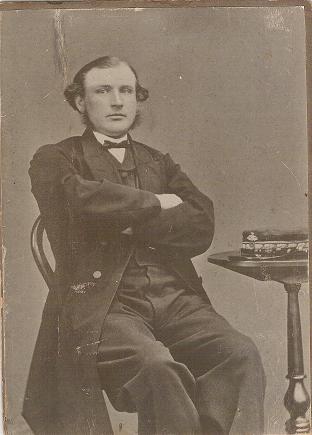 During his years in the military he also wrote books and essays about military histories in Europe, including Sweden. His views didn’t always put the Swedish military in the best light. According to a translation of the Svenskt Biografiskt Lexikon Julius wrote a “history of the skärgĺrd (island archipelago east of Stockholm) fleet, and how to best use the fleet in case of a war with Russia. He argued that the skärgĺrd fleet should be divided from the rest of the Navy. The work was published anonymously and generated a lot of discussion.” By 1866 the naval minister carried out his plan, but under the new King Oscar II, the fleet was reunited in 1873.

According to the Svenskt Biografiskt Lexikon, Julius

“wrote articles on the structure of the military, arguing for the arming of the citizenry. He also wrote about Sweden’s fortifications, arguing for the fortification of Stockholm and the centralization of the army there. He gave strategic advice during the Polish uprising of 1863 and the Crimean War. During this war he was captured by the Austrians and held for a few days.” 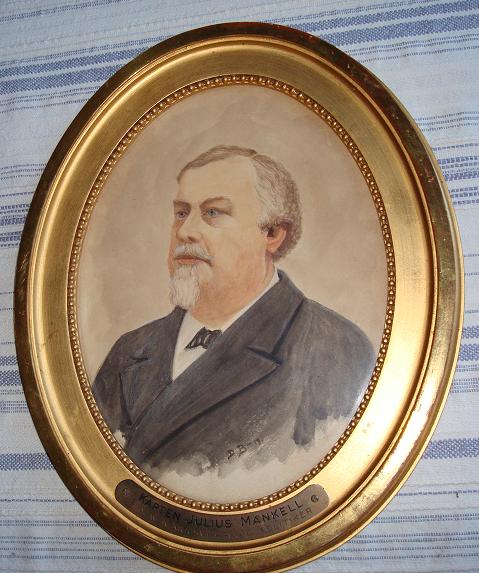 Julius wrote several books on military history including an illustrated book about uniforms, and one book about Finnish military history. He contributed to a book on the military history of Sweden, 1500-1814. He wrote a positive essay about King Karl XII and his military leadership. He wrote critical essays about King Gustavus Adolphus who died in battle during the Thirty Year’s War (1618-1648). Because of these essays many people, including King Oscar II, criticized his work. 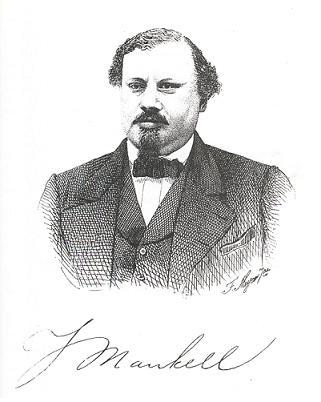 A drawing of Julius Mankell in the December 15, 1866 issue of the Ny Illustrerad Tidning
(New Illustrated Newspaper), located at the Kungliga Biblioteket (Royal Library) in Stockholm.
Thanks to Adam Cwiklak for the drawing and citation.

As to his political activities and views, Julius was active in the workers’ movement and helped develop the New Liberal Society in 1867. Julius was a Stockholm city councilman beginning in 1866, where he tried to put an end to wasteful spending. In 1869 he was elected to the lower house of the Riksdag (Parliament or legislature) where he again attempted to implement his ideas. During the elections of 1869-1871 he supported the Farmers’ Party. He “opposed the reunification of the skärgĺrd fleet with the rest of the Navy, argued for the abolition of property taxes in favor of income tax, fought for the right to vote, and opposed the death penalty.”

Following the elections of 1872, the Swedish political scene moved in a more conservative direction and Julius was not reelected to parliament, though he remained a spokesman for the Farmers’ Party. In 1882 he was elected to the upper house of the Riksdag, but he wasn’t comfortable with their conservative politics, so in 1890 he returned to the lower house. There he “proposed a business program, and was a leader in the fight for voting rights. However, he became isolated within the party.”